I originally started as an Internet pioneer in the early days of 1996. At the time a financial executive, Internet technologies clearly interested me even more. I knew opportunity would abound in the coming years, and thus my choice was made to pursue this direction over a career in the banking industry.

So my story and success began, and rather quickly. Within a few short years after establishing Germany’s largest sweepstakes portal, as well as one of the largest sites in Germany period, I found my professional growth after partnering with others in the industry to form a technology provider so large, named D & P Media, that we filled an entire floor of six office space locations in the M.I.P., Germany’s Multimedia Internet Park. Some of our projects and business agreements included top websites and companies that are still famous to this day including, Gewinnspiele.com, Winload.de, and hundreds more too numerous in count. After an explosion of growth and years of profitable cash flow, investor inquiries were so plentiful that the company was sold. It had been proven that I had built one of the largest reaching Internet success stories in Germany – but my quest still remained.

Thus Paul Internet was formed in 2006, and nearly picked up where I had left off. I acquired IP-Adress.com with an instant vision for success. After a few months of custom development and integrative database technology, I had once again found myself with another overnight success. With a popular Digg submission, it landed the site on a high growth path that has only increased over the years. Today, IP-Adress.com is one of the top authority sites in the world, and my focus with Paul Internet is strategic growth now versus the Internet of past days. Since this new beginning, other premium authoritative domains have been acquired such as IPAddress.com and thousands more to build a traffic funnel that now dominates many online markets. Paul Internet also remains solid and profitable with the continuance of building new ideas and increasing our market.

Our technology portfolio now expands past websites, as well as international borders, hence our motto of “Reaching Global Markets”. We base our new growth plan and portfolio around the dependency and demand our users look for in supplying the answers they need for the questions that abound. I welcome you to learn more about what Paul Internet has become and where we are heading into the future with sound principals and many years of qualified expertise.

Thank you again for visiting today, and on behalf of everyone at Paul Internet we look forward to continually providing technology solutions that set trends and answer needs. 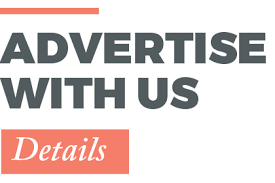